Christ Consciousness
What or Who? 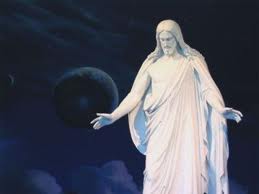 A great misconception concerning Jesus Christ is that he, and only he, was/is God incarnate, sent to earth to save mankind from an endlessly sinful state.

Sadly, great division amongst believers of secular Christianity exists, as so much of what is written about Jesus is either heresay, untrue or simply misunderstood.

There is no evidence that Jesus ever intended to form a church. In fact, he taught a very individual message that was not intended to pierce any religion of the day, but rather to pierce the individual hearts, minds and souls of each one of us.

We hear so little of his teaching - that we are the same as he was and that we have within us the ability to achieve anything that he is credited with doing.

Jesus became The Christ, just as he told us we could too.

The term Christ should not be thought of as a singular individual who alone has power to save us.

It should be thought of instead as a condition of awareness and enlightenment we can all achieve individually.

Jesus' message was that individual greatness comes from re-connecting with our own divine nature that resides within each of us. He taught that we are all divine, with power and glory greater than any god we have created.

Did he not tell us all that the "Kingdom of God" lies within each of us?

The "Kingdom of God" is more than within us, if truth be known! It is us!

This is a quote from Hebrew scripture that Jesus used in response to the leaders of Judaism who accused him of blasphemy for describing himself as the same as his Father or God. This was not just a rebuttal.

Jesus taught repeatedly that we are all gods, as divine and endowed as he or any god we could imagine.

Why else is a Kingdom of God within, if no god could ever dwell there?

Jesus was never shy about acknowledging our unique and individual greatness.

There is much being said these days about "Christ Consciousness". But in most cases, it is spoken of in the hallowed sense that somehow it doesn't quite equal the level of Jesus. In other words, there is still this idea that Jesus is greater than we can ever hope to become and that somehow a consciousness of him is all we need to have.

This could not be further from the truth.

We, individually, are Christ Consciousness.

Not an awareness of a state of being represented by Jesus, the man, but uniquely divine in every way we ascribe to him.

We are what we say he is!

What Are Your Thoughts on the Christ Consciousness?

How would you define Christ Consciousness?

How has the Christ Consciousness unfolded in your life?

What other questions arise from trying to answer these questions?

What Others Have Said

Click below to see thoughts and ideas from other searchers in the quest for truth...

In my Christ consciousness I question why death if indeed I am god as my creator God is without death, also my Lord and brother Jesus paid my sin price, …

You Broods of Vipers!

You liars that distort the truth of god and misquote verses AND dont even quote them nor put them into context! God Son Holy Spirit and they are one. Water, …

There is not truth greater than this. Religious leaders of the past and present have tried to hide this truth as it is liberating and will therefore lead …

Return to Who Is God from Christ